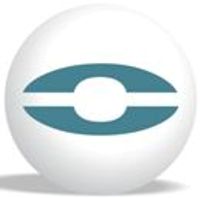 It is a study of a qualitative case about interactions between female teachers and students. Its objectives were: to describe these interactions identifying the methods uses by female teachers and students to interprete and manage their actions; inside the context of teaching/learning nursery; to analyse these methods in the sense building the nurse’ s professional identity, during her graduation course. The gathering of information involved direct observation in classrooms, participant observation on work fields and free interviews. The results of the gatered and treated in formation were described and interpreted, from an ethonomethodological inspiration, the base of which was the practice of social action and contextuality. The “ contextual categories” – the (in)visible rules of the game and the image/signification game in the interactions showed the coexistence of visible and invisible wires in the female teachers and students actions, in their interaction. The methods used by the actresses indicated the presence of patterns and rules in teaching/learning nursery. They are component parts of the nurse’s professional identity building web.