Social representations about being a nurse of nursing students’. A qualitative study 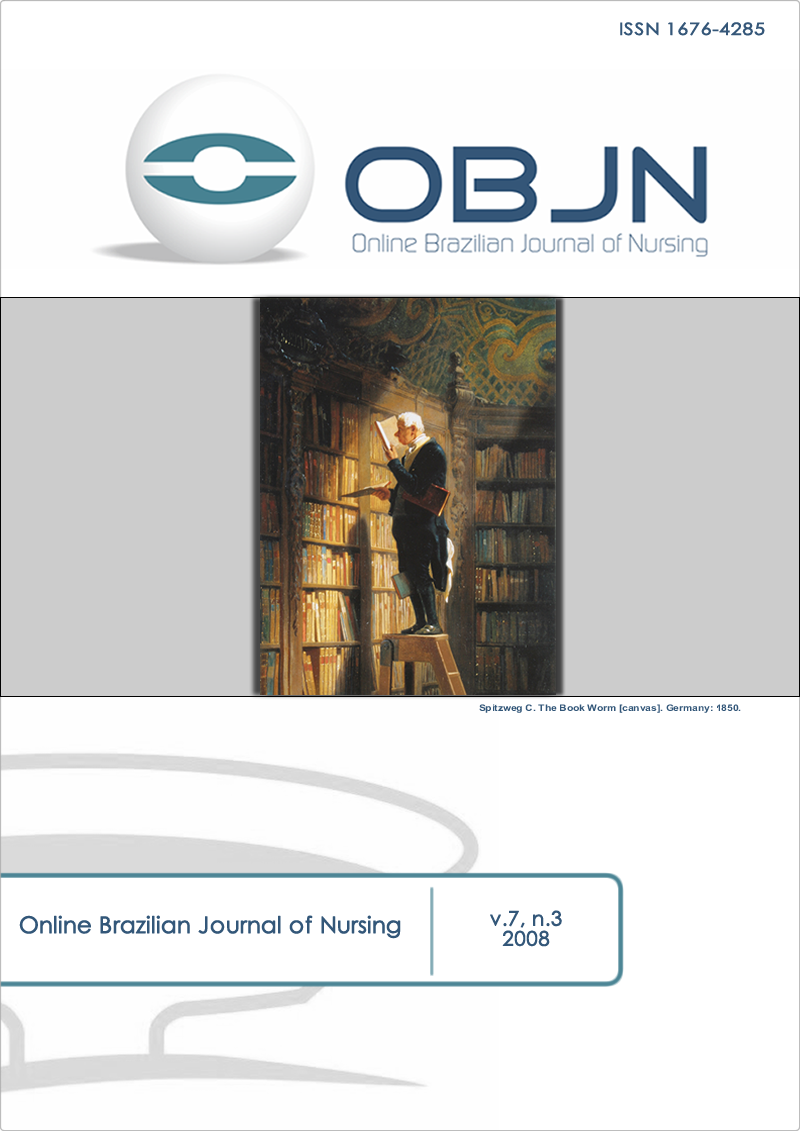 Social representations about being a nurse of nursing students’. A qualitative study

The purpose of this study was to analyze the structures about being a nurse of nursing students’ social representations of five private Superior Education Institutions of Belo Horizonte created in the period between 2003 and 2004. It was adopted as a theoric methodological referential the Social Representation Theories proposed by Moscovici and by the Theory of the Central Nucleus elaborated by Jean-Claude Abric, in the Social Psychology perspective. Data were obtained by the use of two questionnaires. The first wanted to know the socio-demographic profile of these students, while the second, based on the free evocation technique, wanted to learn the social representation due to the induction term being a nurse. 430 students constituted the sample, distributed between the 1st and 6th periods of the nursing courses of the mentioned institutions, what consisted of 45,6% of the total population. The profile description of these students were analyzed by simple attendance, and the structures obtained by free evocations were processed by the software Ensemble de Programmes Permettant des Evocations (EVOC) and analyzed by the four house board technique created by Pierre Vergès. There was a major of young, female, single, and coming from public schools students. A considerable number of these students practice some kind of remunerated activity and almost half of the ones who worked, were working in the nursing area. The building of the structures starting from the students’ evocations leads us to possible central nucleus toward the elements caring and responsibility which were found strongly connected by elements that translate affectionate values and attitudes, as for the integrality of the rendered assistance, anchored in the historical, cultural and formatives contingencies of the studied individuals. Besides that, the evocations management, professionalism, work, realization, attention and respect, were found, providing them a peripheral role. In face of these image verify that the students’ perceptions related to being a nurse has been modified through time, even though it has been done slowly and gradually. Through this perspective it’s necessary to review concepts, update values and make choices to a critical-reflective professionals formation, socially committed with group and individual works in the health area.
https://doi.org/10.5935/1676-4285.20081748
HTML
Aneilde Maria Ribeiro de Brito